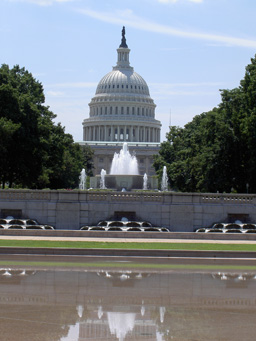 Are you excited? I hope so. I hope the nasty vitriol of the past year coming from both parties (ironically a lot of it from the GOP, aimed at their own party) has not soured you on the process. If you are a normal person it probably has. I guess that’s a good thing, at least it shows that there are still people out there that get disgusted by the inhumanity that we see in candidates when they are trying to defame each other.

During this time of terrible turmoil in America, we need to have leaders that are fighting for America, and not just their own political parties. We need leaders that are willing to work with each other to progress the United States into its next great chapter. We need a government that fights for equality in all of its citizens.

So even if you are already sick and tired of the mountains of trash talking, misleading, finger pointing and hypocrisy I urge you to take a deep breath and keep on plowing through the political general election season. Now is not the time to give up and toss in your vote to whatever “side” you think you are on.

Now is the time to time to kick up the heat. Now is the time to push all potential presidential candidates to come forward and be truthful about what they have done, what they stand for, and what they most want to achieve. It is time to call them out on the pandering and political positioning.

We now know that the main contest is going to be between the incumbent, President Barack Obama, and the GOP front runner Mitt Romney. It doesn’t mean these two will be the only choices, though. There are a few others that will still likely be running, including Ron Paul. Dr. Paul has quite a bit of support. And there will be others.

We have six months and change left to go before the general election. We have been inundated over the last year as the GOP goes through the long and arduous process of selecting their nominee to run against President Barack Obama. Now the real fight is going to begin. If we think it has been ugly to this point watching the Republicans go at each other’s throats, imagine how nasty it is going to get when the different parties start attacking each other. 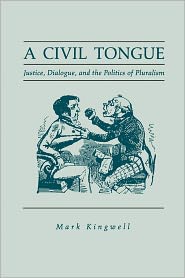 A Civil Tongue in Politics

Now is the time we need to be sure that we are using our heads, not our hearts, to follow this political struggle. The gloves are coming off and we need to be ready. We can’t let them push the people out of the debate. We can’t let them marginalize the citizens of the United States. We can’t let their unfounded lies go unchecked and unchallenged. We have to make sure that the truth of what and who these politicians are becomes common knowledge, not what one party or the other wants us to think.

We need increased honesty, integrity, and accountability in all things revolving around politics. We need to be sure this process becomes better. The only way to do that is to make sure that we, The People, shout out loud and proud that we are fed up with the declining and dysfunctional state of our political environment.

This can happen if we come together as a unifying force for truth in action, accountability for inaction, and serious repercussions for those that find it easy, more fun or entertaining to degrade, slander or otherwise defame each other. Responsibility, respectability, and courage are needed from everyone involved to make this a reality.

I will stand up, speak out, and form my opinions based on fact-based reality. I will not shut my mind to differing opinions and ideas of others. I will keep the discussion respectable and open. I will work to find common ground between those around me. I vow to be a better citizen, will you?