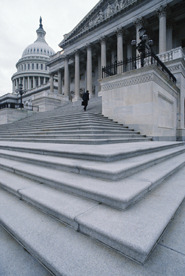 President Barack Obama is at it again. He is pushing Congress to pass legislation to keep middle class American’s from getting a tax hike of $2,200 in lieu of the upper 2% of American’s paying their fair share. It is not a surprise to anyone that Congress is once again up to their same old destructive tricks. The Senate has already passed a bill that will stop America from going over the fiscal cliff and the Democrats in the Congress are ready to pass this same bill.

The frustrating this is that both Democrats and Republicans have publicly agreed that they do not want middle class taxes to go up. So what is the deal Republicans? Do your job, pass this bill and then please, for the love that is all that is good, figure out how to work with Democrats and solve this deficit problem that Republicans created in the first place.

President Barack Obama urges you to call, email, or tweet your representatives and tell them how important it is to pass this legislation. You don’t want your taxes to increase. Neither do the Republicans or Democrats. So do it. Get it done. Do your jobs and lets get to other pressing issues that are facing America. When you tweet your representatives, make sure you include the hash tag #My2k. Let’s bombard them with popular support so we can get this done and avoid the fiscal cliff.