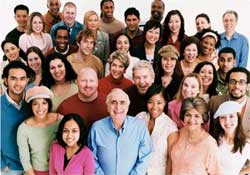 It’s strange how we allow ourselves to be manipulated and convinced that something that is at the very core of humanity is somehow bad, somehow evil. Since the dawn of propaganda, political leaders have been turning innocuous words into words with unsavory connotations. But twisting a word around for your own political purposes, and therefore misleading people about the idea that word represents, just stifles communication.

In this era of sound bites and quick headlines, it seems we have diluted politics and our extremely complicated social and political issues down to labels, and one of those labels is socialism. The trouble is, for me as well as millions of others, socialism isn’t a bad word.

First, let’s take a look at the actual definition of socialism.

Socialism
A political theory or system in which the means of production and distribution are controlled by the people and operated according to equity and fairness rather than market principles.

So in the most basic sense, socialism is a political system and/or government controlled by the people with equity and fairness as the guiding principle in all decision making.

The problem is, as politicians who have made socialism the boogeyman certainly understand, all the scary things going through your mind as you ponder the word are not true. So let’s bring the big bad boogeyman out of the darkness and take a look at some of the basic principles of socialism, and apply those principles at both a micro and macro level.

We wouldn’t even exist today as a species if we did not have instinctual social and socialist habits. Humans were never the biggest or the strongest of creatures in the animal kingdom. In fact, as far as superior animalistic traits go, we are runts of the animal kingdom in almost every way. One of the most important things that set us apart from the rest of the animals is our intelligence.

Humans are smarter by far than any other creature. This “big brain” of ours figured out, in our early history, that the only way for us to survive is to work together as a social unit, to be socialist, with each member of a social unit helping the others in the unit. Not only did this socialist behavior save our species, it was the driving force behind how incredibly well we have thrived over the long journey of our evolution.

Now down to a closer view, something closer to home: our family structures. We instinctively cling to our families due to this socialist drive to work together for the benefit of the family unit. If we did not have a social nature, we would not have friends, families, or even groups working together for a greater purpose, such as businesses.

When we consider family, friends, and community, the happiest and most successful work together, as a cohesive unit, with each member doing his or her share, and one or more members doing more when necessary:

These are just a few of the socialist things we do, but we don’t call it socialism. We call this being neighborly or simply doing the right thing. We have learned that helping others makes us feel good, and if we help others when they need it, we will get help when we need it. This behavior strengthens the bonds of family and community, and smoothes the ups and downs of life. These supportive behaviors create a feeling of belonging and security, benefiting each member. Not only is this socialist behavior good for us, it is good for our families, neighborhoods, and local communities.

Just imagine the chaos and misery if these ideas of socialism, equity, and fairness were frowned upon and discouraged. If families and communities truly lived by some candidates’ political campaign speeches, it would in fact destroy our family and communities:

These scenarios might seem silly, but Republicans have been busy introducing bills to include drug testing requirements before receiving welfare while at the same time baulking at the idea of drug testing for themselves, even though both are paid through taxes. They are also actively and specifically blocking women from access to health care. And the one that takes the cake, this ridiculous obsession with repealing health care reforms that are supported by the majority of Americans. What makes this so amazingly hypocritical is that the majority of the health care reforms were originally conceived by and pushed for by the very party that now opposes them. Look to Senator McCain’s work with First Lady Hillary Clinton during the Clinton administration and the shining example of this health care working, Romneycare.

A Reference Guide to Socialism

Yet wouldn’t these same politicians help their family members, community members, and friends, if they were to fall upon hard times? A politician’s community is so much bigger; it would seem they would understand the benefits of socialism more than most. After all, they are supposed to be representing the community—understanding the hard times that its members face, and trying to make things better.

The fact is we must have social interaction to be successful; rich or poor, young or old, man or woman, we all benefit from socialism. It has made us who we are today and is the key to our success. We all know this and the idea and practice of socialism can and should be the same at the macro level as well as the micro level.

Socialism is not a bad word; it is the way we progress and the way to success as a nation.