In Debt or Indentured Part Seven: The Power of the Middle Class 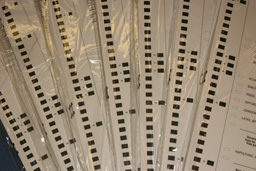 This is the seventh part of a multiple part series taking a deep dive into our current political and economic crisis in America. Partisan politics, unfettered corporate spending and recklessness along with a shift in our social acceptance of debt, is having far reaching and potentially devastating affects on our way of life, on the American Dream. With each installment we will take a closer look at some of the major pieces of this very complex puzzle and try to understand them and bring them into perspective. Use this opportunity to take a broader look on the political and social economic state of America and how each of us, as a small pieces of the puzzle, can make a difference.

In Debt or Indentured: The Power of the Middle Class

The indentured middle class could look to the strong and cohesive group of Americans that have been able to establish Social Security as the third rail of American politics. Both Republicans and Democrats refuse to substantially change this very popular program for seniors since they have come together and will punish a politician of either party if they work against this program. This power comes through seniors vote in large numbers and they ensure that their representation understands that Social Security and Medicaid are widely popular programs for them and it should not be tampered with. But after elections, these same seniors stay involved by reaching out and reminding their representatives how important this is to them. In 2008’s presidential election, the forty-five to sixty-five year old voting block voted at a rate of sixty-nine percent. Voters aged eighteen to twenty-four year olds were now at only forty-nine percent as reported by Thom File and Sarah Crissey in a U.S. Department of Commerce Economics and Statistics Administration and U.S. Census Bureau report titled “Voting and Registration in the Election of November 2008.” It can stand to reason that politicians are not as concerned with the cost of higher education and the cost being incurred by young Americans that do not vote in the same numbers as seniors and will not hound them after the elections to help them. Since young people and many middle class voters do not invest the time to demand a change in their government, their government does not take time to look out for their interest either.