Do People Need to Reevaluate the American Dream? 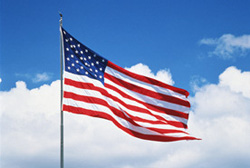 Average American people don’t understand the difference between being rich and being wealthy.

Rich is the guy who won the lotto. It happens. It could happen to you. It is not bloody likely, but it could. Wealth… doesn’t just happen to people. It almost impossible to create wealth. It is highly unlikely you will ever create a business that is so successful that you create wealth. The odds are worse than the lotto. Billions of times worse.

Bill Gates did it. He founded a company that revolutionized the business world. Sam Walton did it. He revolutionized the way we shop. Rockefeller did it. He revolutionized steel. Now, look at you. You aren’t going to revolutionize anything. You, Average Joe, are average. The wealthy are attending seminars on how to expand their wealth to take care of their 5th generation. Think about that. If the average person has two kids, then those kids have two kids, we are talking about people who are planning to have enough wealth to have their family of 64 live in lap of luxury for their entire lives. And guess what, these are not the first generation wealthy either. By the time you get that far down the line none of them have earned anything. The more you think about it the more the entire concept of a meritocracy loses water. And do not be fooled, that is exactly what people are being sold; the concept of meritocracy.

You are being sold the idea of “to each according to their merit”, and that is a false statement. That is like saying “everything in the world is fair”. It is just not true. You determine your own self worth, and that has little to no bearing on your financial status. In the grand scheme of things you are average. Most of us are. Billions of us are.

The thing is there is nothing wrong with being average. There is nothing wrong with striving to be better than average either, it is a noble goal. Most of the unwashed masses never even try. But it is a fascinating personality trait that would simultaneously make someone so arrogant that they believe they can break free of the pack, be that one in a billion, yet possess such low self esteem to believe that they deserve their lot in life no matter how bad that lot may be. And they will accept that lot in life no matter how easy it would be to improve. It is as simple as voting for the other guys. It is as easy as reevaluating what is important. But they will cling to the idea that they are exceptional no matter how statistically impossible that achievement may be.

The sooner Americans understand that rich happens by luck (like having some athletic, musical, or acting talent, or by winning the lotto) and that wealth is engineered through generation after generation of careful planning or by revolutionizing the world, the sooner Americans will do more to help each other. But I don’t see it happening because the lie is so entrenched.

“What is that lie” you ask? The lie is American Exceptionalism. For generations we have been told that we are special just for being born in America. President Obama has even been widely criticized for not promoting the concept as broadly as previous presidents. But the concept is faulty. There was a time when America truly was exceptional. When anyone, no matter who you were, where you came from, or your family’s financial status, could and often would achieve the American Dream. But that time was long ago when the American Dream was as simple as owning a home, being your own person, and living a life better than the previous generation. The American Dream itself has been distorted to fit this view of American Exceptionalism. The new American Dream is to be a rock star or movie god. To live the life depicted on MTV Cribs, or Keeping up with the Kardashian’s. But that life is statistically unobtainable. If you return to what the American Dream once was and simply try to live a better life than you had growing up you will see how flawed the whole system really is.

What made American exceptional in the past was how we reacted in the worst of times. It is what we did for our fellow Americans, what we did for each other, that led us to win two World Wars. It was working together that got us through the Great Depression. It was the will to achieve together that put a man on the moon. It was never what we did in the best of times that defined us, but what we did in the worst of times. Now is one of those times, and everyone needs to reevaluate where they stand; with the rest of America, or alone trying to achieve the lie.